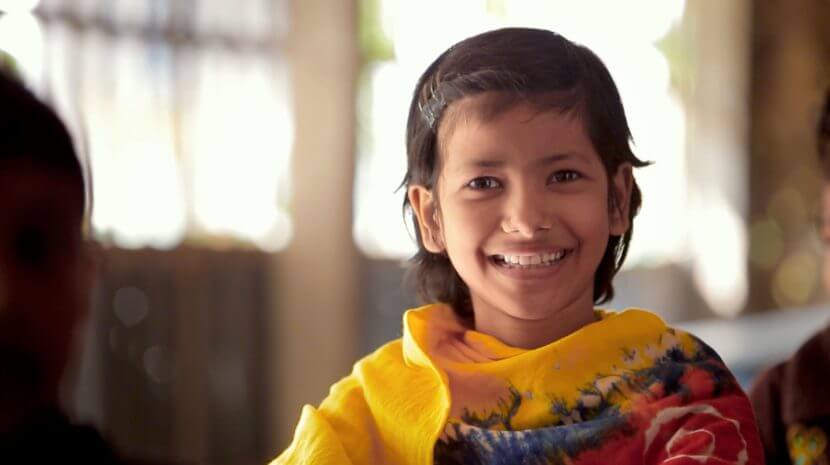 Bringing schools to where there are none!

60 seconds to help an Italian NGO to build schools in the South of Bangladesh, where poor children can’t afford the state schools.

Gianmarco D’Agostino was born in Arezzo in 1977 and graduated in Cinema History and Critical Analysis at the University of Florence.

After several years as editor and assistant director for cinema and tv productions, in 2002 he started writing, directing and producing short films, documentaries and promotional campaigns, commissioned by public institutions and bank foundations.

For the Fondazione Cassa di Risparmio di Firenze he curated seven exhibitions, telling the provinces of Florence and Arezzo with interviews, documentaries, aerial cinematography and short movies, including La Fuga (The Escape), written with the novelist Marco Vichi.

For the Banca di Credito Cooperativo di Cambiano he directed four art documentaries hosted by Antonio Paolucci, former director of the Vatican Museums, among which is Il Tempo di Michelangelo (Michelangelo’s Times) about the Sistine Chapel in the Vatican and the Medici family chapels in the Church of San Lorenzo, Florence.

Very interested in social issues, he has worked in projects about several topics: safety at work, HIV prevention, dyslexia, energy saving, development aid, detention. With prisoners in the jails of Florence and Ferrara he curated a storytelling project for a year, some of whom became the main characters of the documentary Oggi voglio parlare (Today I want to talk), produced by Regione Toscana.

In 2015 he founded his production company Advaita Film Srl, and produced a multimedia package displayed at the Opera di Santa Maria del Fiore Museum, Florence, curated by Mons. Timothy Verdon, among which is La Volta del Cielo (The Vault of Heaven), a documentary about Brunelleschi and the Cupola of Santa Maria del Fiore Cathedral.

Currently Gianmarco is finishing the research for the documentary Florence, the Consul and Me, that will tell the story of the director’s quest on the trails of Gerhard Wolf, the German consul in Florence during WWII who risked his life to save Florence from Nazi fury. Co-produced by the German production company KickFilm, the film was admitted to ARCHIDOC workshop (Paris) and DRAGON FORUM (Krakow), and selected for several pitching forums. The project has been granted with the Development Fund by Creative Europe.

About this story Gianmarco published the short tale L’Album di Fotografie (The Photograph Album) in the anthology Scritto nella Memoria (Written in the Memory – Ed. Guanda, 2016), curated by Marco Vichi.

Research for this film has brought Gianmarco to Israel, where he directed for the Jerusalem Opera the video-art elements used to stage a performance of Don Giovanni by Mozart, in October 2013 at he Tower of David in Jerusalem.

The documentary Camminando sull’acqua (Walking on Water), about the tragic events of November 4th, 1966 when a flood devastated Florence, with outstanding and unreleased colour footage, is his first independent film. The film has been selected to more than 20 International film festivals, winning several awards.