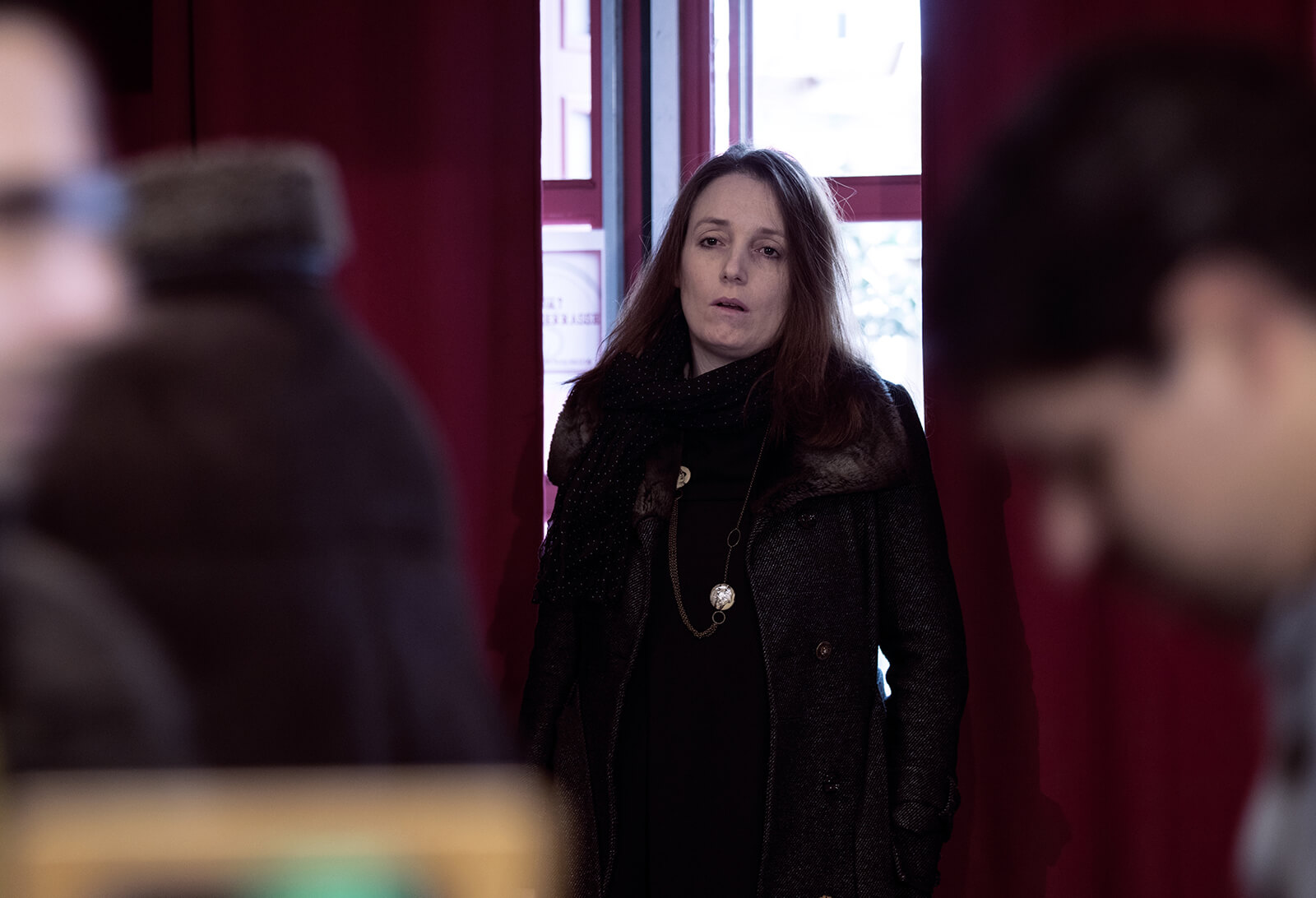 Ani is a journalist who was charged by her diary to write an article about Ezra, who was killed during an attack. She organizes an appointment with Lily, the sister of the deceased, in a pub. While she is waiting for her in the bar, she makes an unexpected meeting that will not leave her indifferent.

The Baronet @ The Asbury
This showing
has passed

The Baronet @ The Asbury

Gazanfer BIRICIK was born in 1977 in Saint-Dié-Des-Vosges. In 2010 he took acting courses at Acting International in Paris until June 2011 before moving at the end of 2011 towards a more advanced theatrical training with Jacky Sigaux known from the “Café de la Gare” where he met great names like Coluche, Miou-Miou, P. Dewaere, Desprosges or Romain Bouteille. During this experience he also perfected his writing.

At the end of 2012, he attended camera development courses with J. Genevray until February 2014, when he decided to put an end to this experience by declining a role in his feature film project.

He follows a Masterclass of Realization with Luc Besson in June 2014 at the Cité du Cinéma, it is at this moment that he becomes aware that this area suits him more than the others. Before this Masterclass Gazanfer had already made 8 short films.

It is however with the short film “GAB” realized in 2018 that Gazanfer manages to seduce the international festivals, and wins 55 awards in total for 95 selections until the end of November 2018. On the strength of this success the festivals ask him also the film ” The Tombeur / The Heartthrob “he directed in 2015. The latter won 18 prizes for 27 selections from July to the end of November 2018.

Currently he is working on several projects of feature film and TV series, drama and science fiction, in collaboration with personalities of the French and international audiovisual landscape.

To help people who are new to the art world, he decided to develop the “Le Court.Mov” concept, which is still in the process of perfecting.