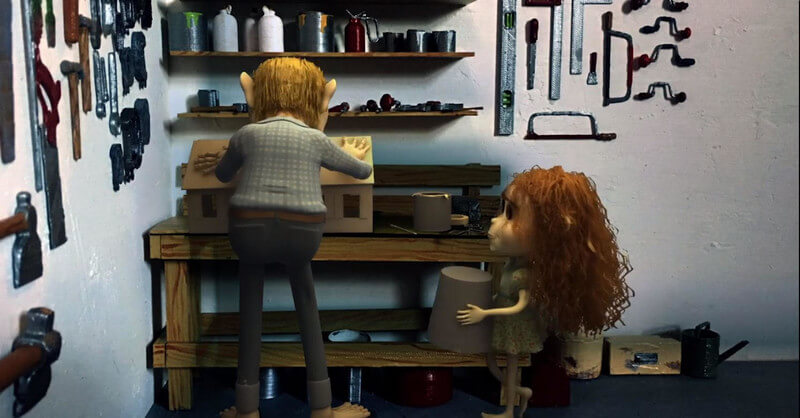 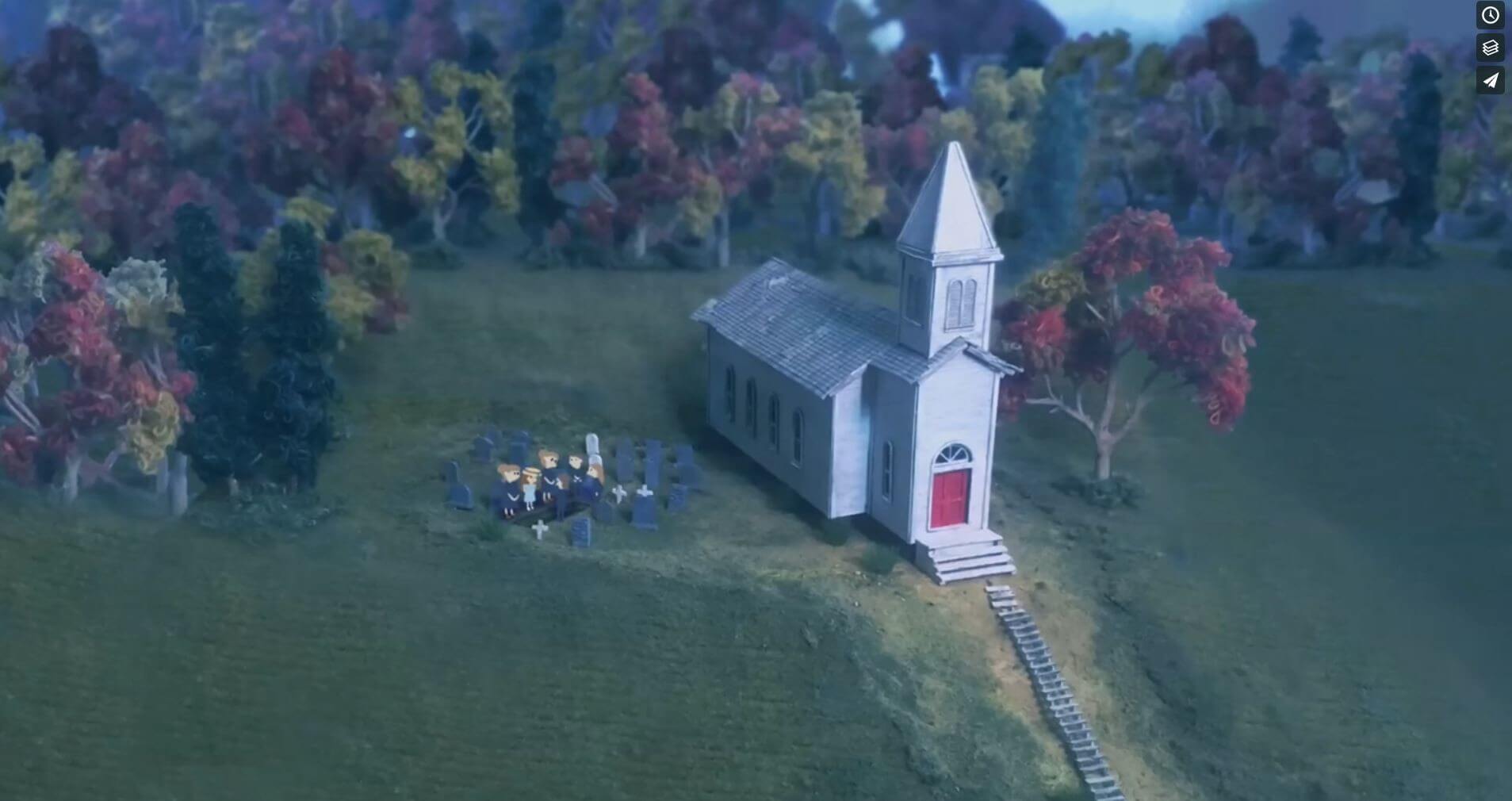 The Spirit Seam is a short animated film about a little girl, Pollywog, and her Pap-Paw. Located in an Appalachain coal-mining town in the 1950s, the film takes the audience through the daily life of both characters. At the start of the film, the characters eat breakfast together and then travel to their respective locations-  Pollywog is dropped off at school, and Pap-Paw clocks into work at the Hiraethsburg coal mine. Throughout the film they experience the simple pleasures of rural Appalachian life: catching fireflies, fishing, catching frogs, and birthdays.

Pap-Paw and Pollywog’s bond is incredibly strong. In fact, they are inseparable until illness threatens to fracture their small family.

This film is an homage to Gerst’s maternal side and their origins working in Southwestern Pennsylvania. It is a piece rooted not only in family roots and origin, but in grief over the loss of family members as well.

The Spirit Seam combines a mixture of animation mediums. The characters have been 3D modeled and animated in Audodesk Maya while the elemental effects are created in the 2D Animation software Toonboom Harmony. The sets are created physically, and are created in a variety of ways: 3D printing, embroidery, felted yarn, and sculptural techniques.

Ashley Gerst is a 2D and 3D animator living in Brooklyn NY. She holds a BFA in Digital Arts from Cleveland Institute of Art and an MFA in Computer Art from School of Visual Arts.

In addition to her professorial work at William Paterson, Ashley is a freelance animator working for a variety of production companies and clients in the Greater New York City area. She has created animation and VFX for broadcast commercials, TV shows, and documentaries for AMC, VH1, and BET. Some of her clients include Fast Company, Behance, Credit Suisse, Nivea, Nissan, Afrin, Red Bull, Hudson Media, CBS, Nurturing Press, iNomadics, Redwood Living and more.

Ashley Gerst was also responsible for animating the title sequence for the 2018 feature film ‘The Con is On’. The film, distributed by Grindhouse/Lionsgate, is a heist comedy directed by James Haslam and stars Uma Thurman and Tim Roth.

She is currently finishing an animated short film titled the Spirit Seam. The film, taking place in 1952, follows a little girl named Pollywog and her PapPaw as they experience daily life in a small coal mining town in Appalachia. The final project combines a mixture of mediums: 3D animated character, 2D animated effects, and physically constructed sets. The sets were created with a combination of 3D printing, fiber arts, and carved sculpture.

The Spirit Seam’s concept art and set construction has been featured in the article “Explore the World of Fine-Art Animation” in Professional Artist Magazine’s December/January 2017-2018 issue. The sets and embroidery for the film were also in a solo show at Misbits Gallery in 2018 in Oxford Mississippi.